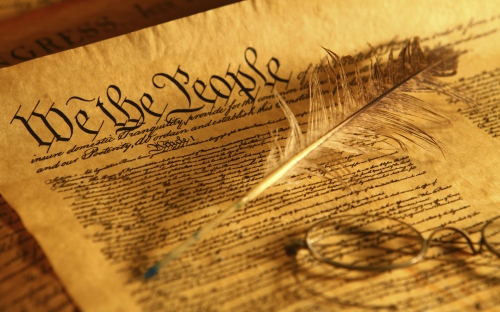 Of the United States

In order to build
A more perfect union

provide for the common defense
promote the general welfare

Secure the Blessings of Liberty
to ourselves and our Posterity

It isn’t just white or black
Or Christian
or Islam 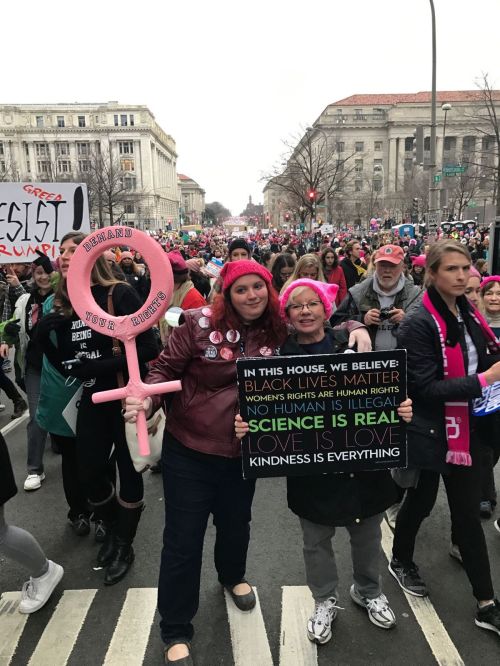 <3 I learned from the best!

Yesterday was an amazing and empowering day. It is a memory I will cherish for the rest of my life. I can say I was there. I not only witnessed, I participated. I stood with friends, family, and strangers. I stood for something. I marched for something.

In Washington, DC, 500,000 people of all genders, from all walks of life, all races, and all sexual orientations, gathered, chanted, held signs, and came together to fight for the future of our women, our country, and our world. Each person held a slightly different belief of what our country should look like, and that’s okay because that’s what makes America great. At the core of the march was a desire for equality, a belief in science, a belief in climate change, worry about Trump’s closeness with Russia, concern about immigration, and worries about his overall lack of transparency, ethics, misogyny, thin-skin, and proposed appointees. And, of course, the racism prevalent in our country.

Together, we overwhelmed Washington, DC. Looking down street inclines and around monuments all I saw were people gathering and marching. It gave me chills. It still does. There was laughter and every person regardless of how they looked, sounded, or what they wore, was immediately seen as an ally. Most of the cars trying to make their way through streets overwhelmed by people honked not out of agitation or aggression but in support. They waved, smiled, and waited. They understood they were sitting in the middle of a movement.

Those who participated stood, marched, linked arms, cried, and laughed. Because, when you fight for something there is comradery. Somehow, that laughter and joy was missing the day before when my mother walked along the streets on Inauguration Day. She mentioned everyone seemed angry, there was no waiting for the metro, there weren’t the crowds Donald Trump tweeted were there. It was predominately unhappy and bitter.

That bitterness continued today when around 7am Trump tweeted about the March.

“Watched protests yesterday but was under the impression that we just had an election! Why didn’t these people vote? Celebs hurt cause badly”

It shows a fundamental lack of understanding of the purpose of the march. We are watching. We are partnering with Planned Parenthood, the ACLU, organizations fighting for LGBTQIA rights, and the many organizations fighting against climate change, for our planet, and equality. We are watching. We are fighting for something. And, yes, we voted. Contrary to his own tweets and beliefs, he lost the popular vote.

Like a cramp during a period, a few hours later another tweet came: “Peaceful protests are a hallmark of our democracy. Even if I don’t always agree, I recognize the rights of people to express their views.”

Do I doubt he believes or even wrote this? Absolutely. I am not the only one for as I scroll through the comments many others agree. This is a man for whom we were told to look at his heart and not his words. So if his actions are his heart I need only look at his appointees and actions to understand what he believes in.

Here are a few of my observations: My body is there to be assaulted. Immigrants are not welcome. Education should be privatized. Nepotism is okay. I don’t have the right to my own body. LGBTQIA individuals don’t deserve equality. Open and uncensored news and reporting  threatens you and your administration. Journalism is fake news. Lying to the American public is condoned.

I know he’s upset that millions across the world gathered and marched. He’s upset that by winning he still isn’t popular, that many stand against his agenda and his actions. That he tweets and is immediately shut down by the millions of people who are watching and paying attention.

January 21, 2017 was a breathtaking day. I can only hope the momentum continues. Here are my closing thoughts for Donald J. Trump and his administration:

For, we the people, are here. We are watching. We and history and judging you.